You are here: Home / ScrApBoOK / Patching up our natural treasures 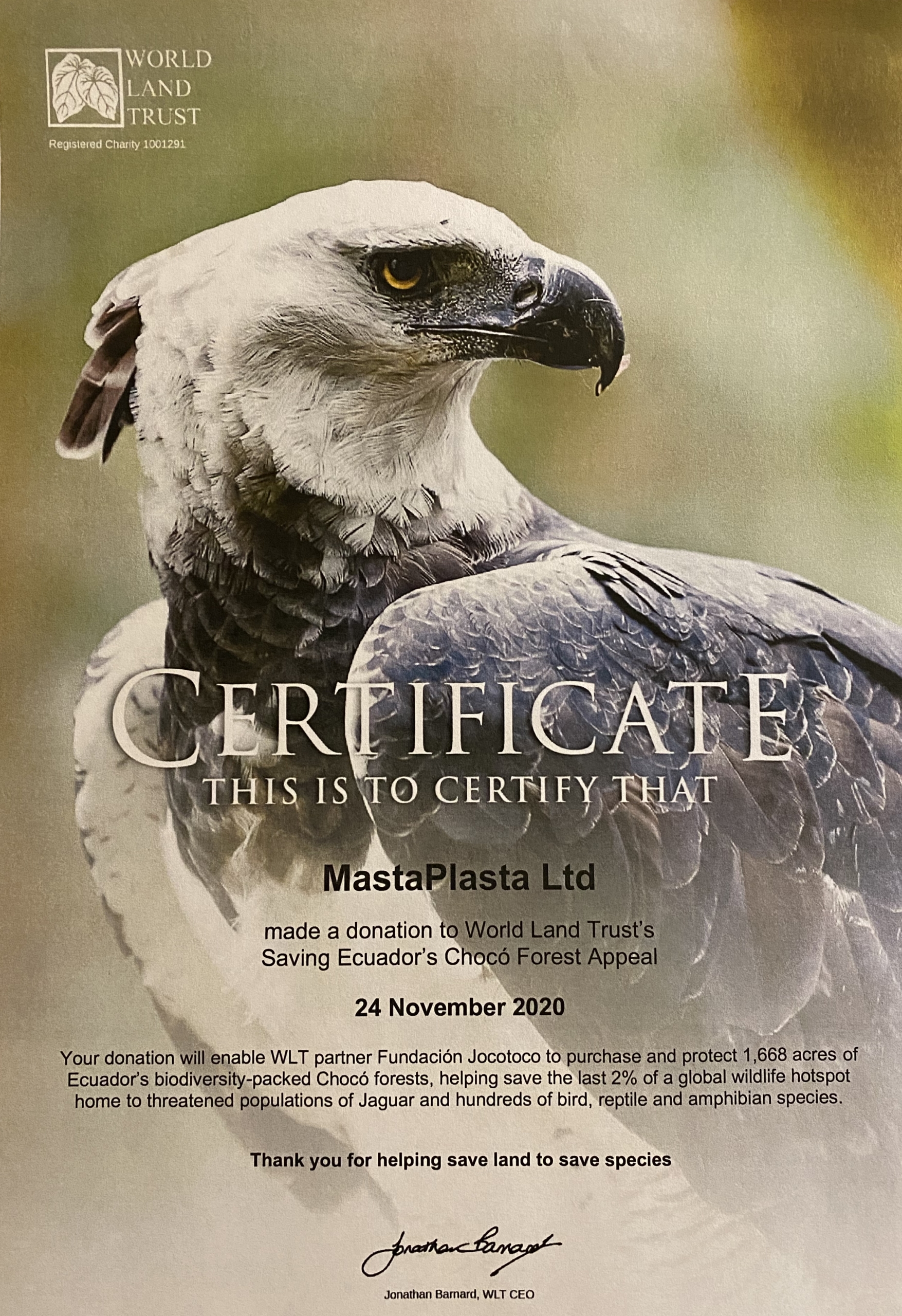 As promised, we are once again supporting a charity that was important to us back when we were designing furniture and intently aware of how we were part of an industry drawing on our global forestry resources – even though we used wood from sustainable sources.

We have just donated towards the World Land Trust’s mission to safeguard the largest remaining tract of Ecuador’s once-vast Chocó forest – the home of Jaguar, Harpy Eagle, Horned Marsupial Frog and one of the most biodiverse places on the planet.

When I say “we” have just donated, all our donations are of course funded ultimately by our customers – so thank you!

According to Sir David Attenborough, who became a World Land Trust patron in 2003: “The money that is given to the World Land Trust, in my estimation, has more effect on the wild world than almost anything I can think of.”

It’s great to think our patches are helping patch up our devastated natural habitat.

We are also donating to charities working against modern slavery and helping young people stay off the streets as well as to the Salvation Army’s Christmas appeal. This supports the impoverished, lonely and homeless over this time of year.

And in case you were wondering…what exactly is a Horned Marsupial Frog?  They hang out in the treetops. The female has a pouch on her lower back where she keeps her fertilised eggs. The babies emerge as froglets, skipping the whole tadpole thing. They also have triangular flaps above their eyes which rival Spock’s eyebrows for impact.